55th ECCE General Meeting in Vilnius, Lithuania hosted by the Lithuanian
Association of Civil Engineers was organized with great success.

⊕  On 24th May 2012 a meeting of Presidents with Lithuanian Civil Engineers was organized in the Municipality of Vilnius. Time Event Venue THU, 24 May 2012
– Welcome and short informmation about Vilnius and its vision in the future – Representative from Vilnius Municipality
– What is ECCE and how it works? – President of ECCE (Slovenia)
– Professional Recognition and Mobility of Engineers – ECCE Vice President/ President Elect F. Branco (Portugal) and ECCE Immediate Past President  Prof. C. Ahrens.

⊕  WCCE: How it works and main professional initiatives – President of WCCE ( )
⊕  Up to-date position of ECEC in the discussion of Public Procurement Directive and the award of intellectual services and engineering services especially – ECEC
President (Austria)
⊕  “EU Policies and Financing Tools related to Engineering” – ECCE Immediate Past President

Our ECCE Delegate Prof. Vincentas Stragys was the coordinator of this important event which was attended by many Lithuanian Fellow Engineers.

2012 Japan Society of Civil Engineers (JSCE) Annual Meeting
ECCE President was invited invited by the JSCE President, Mr. Takehiko Ono to participate participate at their 2012 JSCE Annual Meeting Meeting International Program  that was held at Nagoya University,Higashiyama Campus, Nagoya on 5th and 6th September  2012 that was continued on 7th September only for Japanese  members.

The 2012 JSCE Annual Meeting was divided in different sections sections where in total about 3.000 JSCE members participated.
ECCE President participated at the work of the  International Program (in English anguage) where also all  international  members of JSCE participated. JSCE has many members  from other countries including including ICE (JSCE ICE Section and the JSCE TCCE section of the Turkish Council of Civil Engineers) which are also ECCEmembers.
ECCE  President participated also in the Roundtable Meeting on „Multilateral Cooperation/ / Collaboration in Developing Natural Disaster-Resilient  Infrastructures“ where very interesting presentation from different East Asian countries were focused focused on Earthquake and Tsunami Management.
During his visit the President met many people and had separate meetings with different persons. He spoke with the JSCE President Mr. Takeshiko Ono and they exchanged some views of the work of both organizations. The JSCE president views of the work of both organizations. The JSCE president has a mandate mandate of one year so he spoke also with Mr. Kotaro Hashimoto, President Elect (becoming new JSCE President President in November 2012).
Separately he spoke also with the President  of the Korean Society of Civil Engineers Mr. Hyun-Moo Koh who was interested interested in collaboration with ECCE.  Moreover, the President of the Philippine Institute of Civil Engineers Engineers expressed a wish to join ECCE.

The World Engineering Engineering Forum 2012 took place at the Grand Hotel
Union in Ljubljana, Slovenia, on 17th – 21st of September 2012. The event was organized  by the World Federation Federation of Engineering  Organiations (WFEO) and the Slovenian Chamber of Engineers (IZS). ECCE participated according according to the decision decision of ECCE ExBo in 2011 as co-organizer organizer without  any financial obligation.

Special attention was paid to:
– Cities and Urban Environment;
– Sustainable Buildings;
– Sustainable Infrastructure;
– Disaster / Risk Management.
ECCE President participated in this important event together with the ECCE Immediate Past President.
Members of the World Federation of Engineering Organizations Executive Council and the participants of the World Engineers Forum 2012 in Ljubljana, Slovenia, agreed to the LJUBLJANA DECLARATION ON SUSTAINABLE BUILDINGS AND INFRASTRUCTURE.

The Presentations by the European Organizations were focused on the following:
-Engineering Profession and Education
-Professional Recognition and Mobility
-Public Procurement
-Construction Sector to face the crisis
-Engineering Education & Training to meet the high level requirements of acting as a Professional Productive discussions were held on the above Main Topics and it was agreed, that within WFEO frame a cooperation will be established, on exchanging information, experiences and   views in order to enhance the effectiveness and the potential common activities of the Engineering Organizations to promote, at the optimum, the Engineering for Sustainable Development worldwide and the important role and critical of Engineers Building the Prosperity for the Future.

The Consiglio Consiglio Nazionale Nazionale degli Ingegneri Ingegneri (CNI) organized an important (CNI) organized an important Round Table on “The new Proposal of Qualification Directive and the Role of Engineering in the Safeguard and Development of Europe”, on 4th October 2012, in Rome.
The Round Table was divided into two Sessions:
 Expectations and Perceptions of Engineers in Europe
 The new Proposal of Qualifications Directive

The Round Table was attended by many Fellow Engineers including CNI
Board and FEANI Delegates since this event was combined with the FEANI General Assembly that was held on 5th October 2012. This remarkable event, initiated by CNI, had a great visibility of Engineering Profession and the participating Engineering Organizations to the public opinion in Italy and in Europe.

Jubilee National Congress of the Polish Chamber of Civil Engineers
11th October 2012, Royal Castle, Warsaw, Poland
The 10th Anniversary of the Polish Chamber of Civil Engineers (Jubilee
National Congress) was held on 11th October 2012, in Warsaw, Poland.
This was an important event with a great visibility demonstrating the 20
critical role of Civil Engineering Profession and simultaneously the
important role of the Polish Chamber of Civil Engineers (PCCE) in the
development of building sector and infrastructure in Poland.
The analytical program of the event is the following:
 Opening of the Congress Session and Guests Welcome by PCCE
President, Mr. President, Mr.  Andrzej Roch Dobrucki
 State Awards Ceremony to Polish Fellow Engineers by the
Government of Poland
 Speeches and addresses of the Official Guests (including the speech of our ECCE President Gorazd Humar)
 Speech of the President of PCCE
 Approval of the National Congress Resolution
 Closing of the Congress Session
 Concert with the famous violin soloist Mr. Concert with the famous violin soloist Mr. Vadim Brodski  and orchestra, highlighting the significant musical culture of Poland.
In this Jubilee National Congress the participants were Polish Fellow

Engineers, representatives of the National Parliament of Poland, Ministers, State Secretaries and other representatives of National Engineering Organizations. Mr. Hamish Douglas participated on behalf of ICE.
The National Congress Resolution is in Polish language, so we will disseminate the English version later.
 Karlheinz Zachmann, (Chairman of the SC Development and Business
Environment) after our 55th Meeting in Vilnius participated in two ECF
Meetings that were held on 26th June 2012 and 26th September
2012, in Brussels.
The main items that have been discussed during the ECF gatherings
are the following:
 Communication on Sustainable Competiveness of the Construction
Sector
 EP Gypsum Forum for Sustainable Construction and Renovation
 Communication on Sustainable buildings
 Energy Efficiency Directive
 EU Ecolabel Ecolabel of Office Buildings of Office Buildings
 Smart cities
 Adaptation to climate change
 Connecting SMEs to digital market
Important feedback has been communicated to ECCE by Karlheinz Zachmann.
 Aris Chatzidakis Chatzidakis (Vice Chairman of SC D&BE) prepared a sh (Vice Chairman of SC D&BE) prepared a short presentation of the new policy on the “Strategy for the sustainable competitiveness of the construction sector and its
enterprises “ making also suggestions for ECCE actions.
 Prof. Iacint Manoliu (General Secretary of the EUCEET Association) and Chairman of the Standing Committee Education & Training has been working on the results of the European project EUGENE European project EUGENE – European and Global Engin European and Global Engineering Education (01.10.2009-30.09.2012), in which ECCE was – partner Prof. Iacint Manoliu sent a Letter of Intent on behalf of ECCE for its participation as a partner in the Project “Fostering Learning Objectives and Research for European Engineering Education: a Network of Stakeholders” (FLORENS). He was also working on the final report on the Project: “Enhancement the involvement of ECCE members in continuing education activities related to the implementation of structural of structural Eurocodes Eurocodes”.
 Prof. Asko Sarja has been working on and preparing the following subjects:
– Implementation of “Energy Efficient Implementation of “Energy Efficient nZEB (nearly Zero Energy) Buildings into praxis in EU” Zero Energy) Buildings into praxis in EU” – General General view on European implementation plan and
examples – Lifetime oriented and sustainable building and civil engineering – CEN standardization of sustainable CEN standardization of sustainable building – Vision: Civil Engineering 2025 Vision: Civil Engineering 2025 – A summary of A summary of Global analysis 2007 and some European viewpoints – Civil Engineering in EU Horizon 2020. 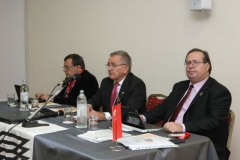 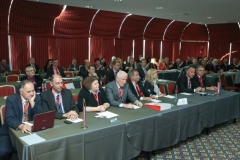 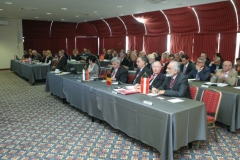 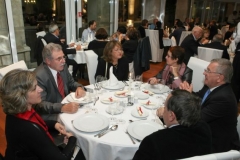 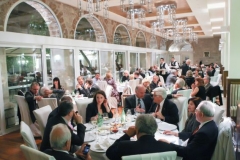 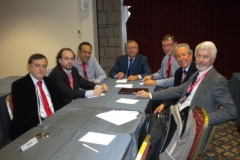 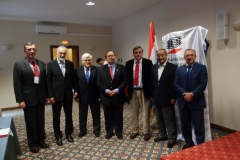 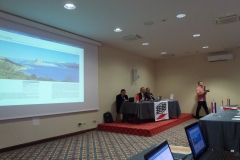 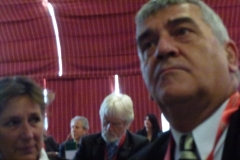 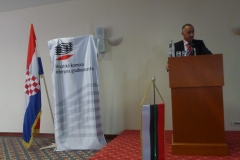 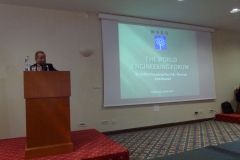 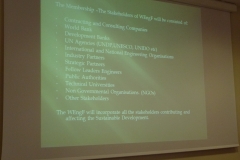 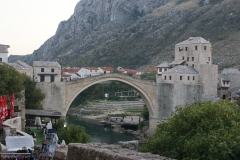 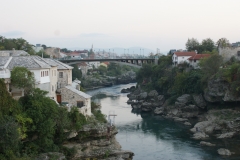 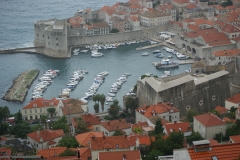 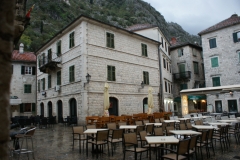 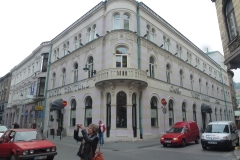 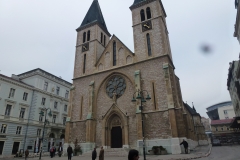 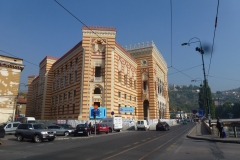 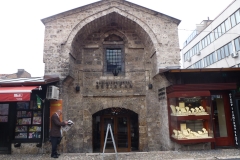 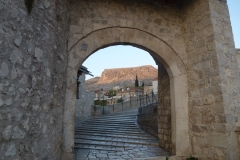 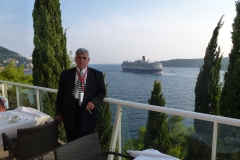 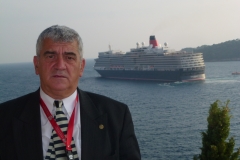 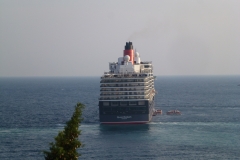